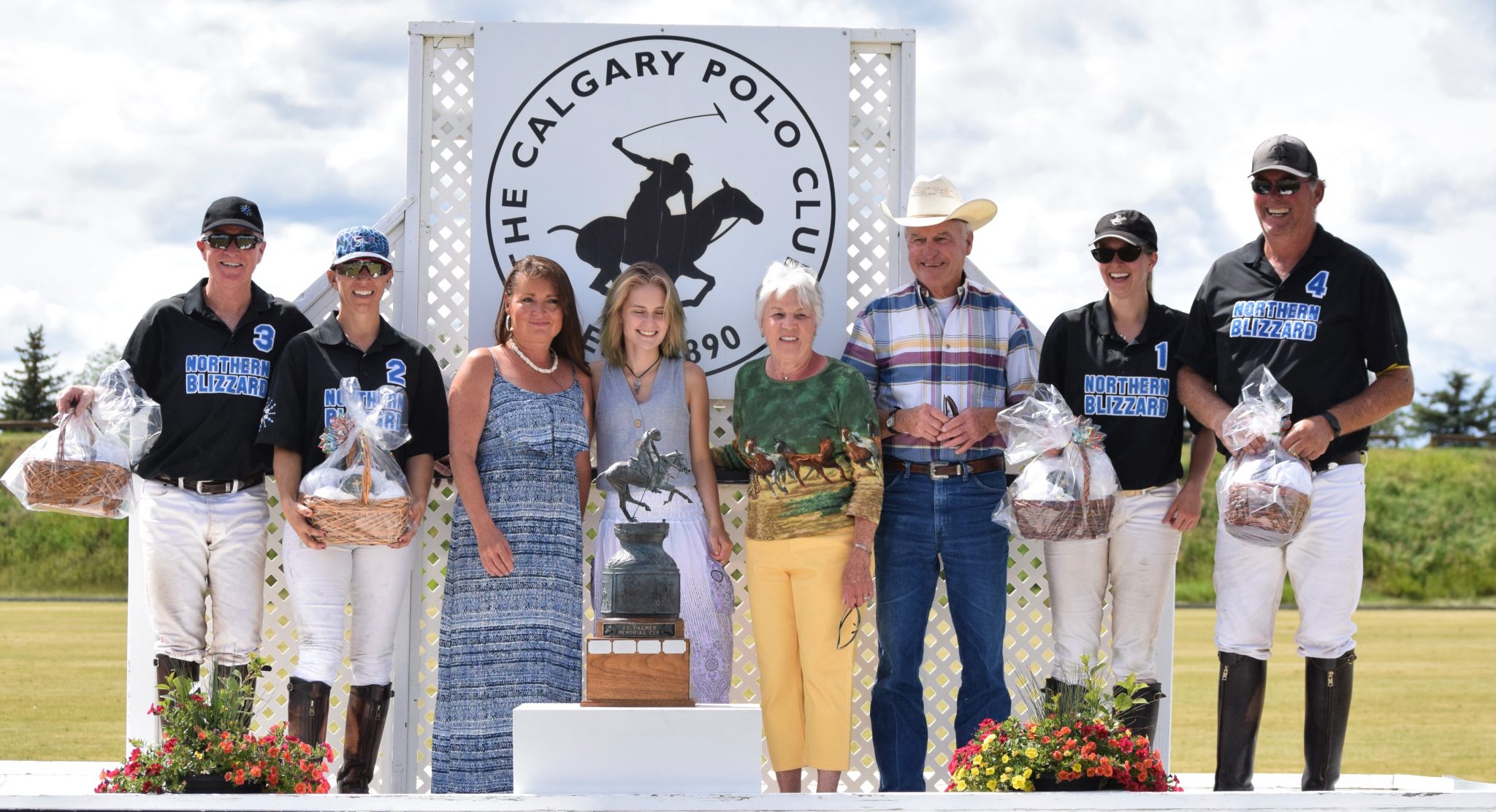 This four on four game is played on a 10 acre field with roughly 55 horses played thoughout the match. The game is divided into periods called ‘chukkers’ which last 7.5 minutes.

Come bring a picnic and watch the action from the side lines. Sunday matches typically attract the largest crowds although spectators are welcome to come and watch any game through out the week.

The CP Palmer Memorial Tournament has been played at the Calgary Polo Club since 1993. It is held in memory of JC Palmer's loss of life during play in 1992. In addition to this tournament, a field at the club is also named in his honour.